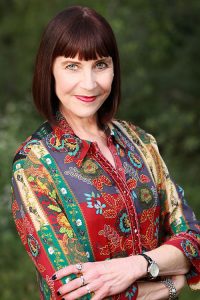 Vanya is the award-winning author of Boot Language. She’s spent decades teaching writing as well as mentoring educators in the oldest, continuously used schoolhouse in California. Her essays have appeared in a dozen literary journals and anthologies. Find out more about Vanya at www.vanyaerickson.com.

Vanya Erickson is the award-winning author of Boot Language, a memoir about growing up on a ranch during the Vietnam era. Long ago, she used to photograph and haul horses for a living. But for the last 25 years, she has been mentoring teachers while teaching writing and public speaking in the oldest, continuously used schoolhouse in California.  She’s passionate about hiking the High Sierras as well as dramatically reading aloud to children. Vanya holds a BA in Comparative Literature as well as a Teaching Credential, both from the University of California at Santa Cruz. Her essays have appeared in a dozen literary journals and anthologies. Find out more about Vanya at www.vanyaerickson.com.

From the outside, Vanya’s childhood looked idyllic: she rode horses with her father in the solitude of the Sierra Nevada Mountains and attended flamboyant operas with her mother in the city. But life for Vanya and her family turned dark when ghosts from her father’s service on a Pacific destroyer in World War II tore her family apart.

Set in postwar California, this is the story of a girl who tried to make sense of her parents’ unpredictable actions—from being left to lie in her own blood-soaked diaper while her Christian Scientist mother prayed, refusing to get medical help to watching her father writhe on his bed in the detox ward, his hands and feet tethered with leather straps—by immersing herself in the beauty and solitude of the wilderness around her. It was only decades later, when memories began to haunt her, that Vanya was able to look back with unflinching honesty and tender compassion for her family and herself. In this elegant, haunting narrative, Erickson invites us to witness it all—from the gripping, often disturbing, truths of her childhood to her ultimate survival.

What readers are saying…

“Vanya seamlessly weaves tension and lyrical beauty into every scene, playing my emotions as a reader perfectly. The result is a fantastic read. Buy this book today.”                           -Laura Davis, best-selling author of  The Courage to Heal